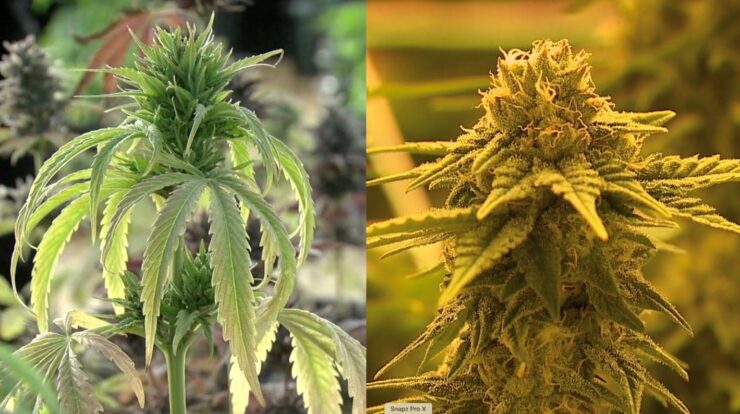 The CBD industry’s quick adoption by the public has driven due to the market’s unique identity outside of recreational and medicinal marijuana. The CBD oil can be traced to its non-psychoactive properties and the related legalization of hemp.

Still, CBD exists within the more massive cannabis industry and is almost always identified in part by its relation to marijuana. This relation often creates confusion regarding the classifications, definitions, and legalities around the two primary social identities of Cannabis.

This article covers the scientific, legal, and practical differences between hemp and marijuana to help you understand these two types of Cannabis.

To understand hemp and marijuana, you need to start with Cannabis.

What’s the definition of Cannabis?

Cannabis refers to three plants with psychoactive properties, known as Cannabis sativa, Cannabis indicia, and Cannabis ruderalis. When flowers of these plants are harvested and dried, you left with one of the most common drugs in the world. Some call it to weed, some call it pot, and others call it marijuana. As weed becomes legal in more areas, names for it are evolving. Today, more and more people are using the term cannabis to refer to weed. Some argue that it’s a more accurate name. Others feel it’s more neutral compared with terms like weed or pot, which some people associate with its illegal use. The term “marijuana” is falling out of favor due to its racist history; Cannabis is usually consumed for its relaxing and calming effects. In some U.S. states, it is also prescribed to help with a range of medical conditions, including chronic pain, glaucoma, and poor appetite. Keep in mind that while Cannabis comes from a plant and is considered natural, it can still have strong effects, both positive and negative.

Hemp and marijuana are often labeled as being unique “species” or “strains” of Cannabis, but this is not accurate. Instead, they are broad-reaching cultural classifications of Cannabis primarily driven by the chemical makeup and, ultimately, how the plant is used.

Because these definitions are based on the plant’s cultural perception, they have been used to specific ends and have changed over time due to public perception and political progress.

Hemp is a word with Germanic and Old English origin, meaning Cannabis. Hemp has a long history of use for its fibers and seeds to create tens of thousands of products. During the mid-19th century, hemp was widely grown in the United States for use in the production of textiles. “Hemp” is a term used to classify varieties of Cannabis that contain 0.3% or less THC content (by dry weight). While the legal definition described above had not been legitimized until the Agricultural Act of 2018 had passed, “hemp” has generally been used to describe non-intoxicating Cannabis that harvested for the industrial use of its derived products. With evidence of its use recorded throughout history, including the discovery of material made from hemp over 10,000 years ago, many believe that hemp was the first crop ever cultivated by humankind. With the capabilities to produce crucial resources such as food, rope, clothing, paper, housing material, and more, hemp has been the catalyst for man’s earliest innovations.

In 1900 the practice of smoking cannabis began to appear in Texas border towns. The introduction was made by Mexican immigrants in the area who cultivated Cannabis for its medicinal and intoxicating properties. In a matter of years, the plant became so popular that it was widely sold at markets and drug stores in Texas and was even shipped to other states.

The plant was demonized in popular culture and subsequently restricted by many states. By the 1930s, the plant was racially and politically charged. The Spanish term “marihuana” grew to popularity during this time. It suggested it is used as an exotic-sounding alternative to the term cannabis used to stigmatize drug use.

The first significant marijuana prohibition act passed soon after The Marihuana Tax Act of 1937. This act regulated the importation, cultivation, possession, and distribution of marijuana. It wasn’t until 1970 that Cannabis, as “marijuana,” was made illegal through the Controlled Substances Act.

Today, the federal laws and the associated “marijuana” terminology born of these racist and xenophobic times persist. There are strong movements towards legalization as a state and federal progress made, but there is still much to be done.

It may not be surprising that many companies and organizations choose to refrain from using the term marijuana. The lack of public knowledge of the history of the term and the practical need to quickly characterize psychoactively vs. non-psychoactive Cannabis has led to the continued widespread use of the word.

The main difference between Hemp and Marijuana

The mainstream growth of the CBD industry has pushed hemp across previous boundaries. The rise in popularity of hemp has led it to become a go-to crop for sourcing cannabinoids and terpenes – a role previously only held by marijuana. has created increased confusion around the difference between the two types of Cannabis. Furthermore, while historically, the use of the two plant types led them to look much different, today, hemp and marijuana can visually appear identical. Hemp has even grown to popularity as a smoked flower, joining marijuana in this previously unique role. To determine the difference between hemp and marijuana today, you must look to one specific criterion: the chemical makeup. 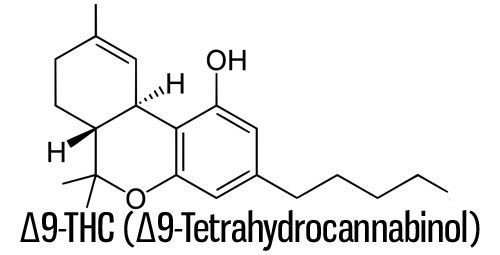 As you’ve learned, hemp and marijuana are classifications of cannabis driven by culture, not science. With the passage of the 2018 Farm Bill, politics have drawn a clear separating line between the two. Hemp is now defined as any cannabis plant containing 0.3% Tetrahydrocannabinol (Delta-9 THC) or less by dry weight. Marijuana fills the remaining space as any cannabis plant containing more than 0.3% THC by dry weight.

While the new legislation is clear, hemp and marijuana still have some secondary traits that can be commonly used to separate the two. These traits are not universal but can be generally relied upon to tell the difference:

Hemp can be grown in a wide variety of climates with minimal care. Often the plant is grown in large greenhouses or outdoor farming operations. Depending on its application, hemp can be grown in closely planted rows to encourage tall, slender plants designed to produce fiber.

Marijuana, on the other hand, is grown in precisely controlled indoor environments to increase the flowering yield. Tight control of the growing environment means that grow operations are generally smaller in scale than hemp operations.

Again, because of the popularity of consumable hemp, some hemp may be grown similarly to marijuana, just with a different resulting chemical profile.

End Uses of the Plant

Hemp has long been known for its wide variety of uses thanks to it’s fibrous makeup and versatile seeds. These uses are unique to hemp and only recently have low-THC, high-CBD varieties used to create CBD-rich extracts and flower.

Marijuana is most commonly grown to be trimmed of its leaves and stalks down to the flowering buds that are then smoked or consumed as recreational, medical, or spiritual psychoactive drugs.

As should be clear by now, hemp and marijuana are both cannabis, and thus the chemicals produced by each plant are the same. The CBD found in hemp is chemically identical to the CBD found in marijuana. What differs is simply the quantities of each.

This means that in practice, CBD products could be sourced from either hemp or marijuana, but take a look around, and you’ll find that almost every product on the market is hemp-sourced. There is a straightforward answer to why this is the case: legality.

The 2018 Farm Bill, which created the legal definition of hemp, explicitly applies to “hemp and hemp-derived products.” This means that for a product to be legal for sale on the general market, it cannot be sourced from marijuana, even if the THC is removed after the fact.

The result is that CBD products sold freely to the public are exclusively extracted from hemp. If a CBD-rich product started as high-THC marijuana, it would have to be sold at a dispensary under either medical or recreational regulation.

While cannabis seeds essentially contain no cannabinoids, cannabinoids are found in higher concentrations in cannabis flowers, leaves, and stalks.

Those looking to experience cannabis’s beneficial effects often turn to cannabis flowers, which can be smoked or extracted into tinctures and edibles.

Cannabis strains high in THC may produce a high and may be used for medical purposes, like pain management. Strains low in THC but higher in other cannabinoids, like cannabidiol (CBD), may also produce beneficial effects but won’t get you high.

Hemp, or cannabis with less than 0.3 percent THC, can also be grown to create other kinds of products, including:

Other than the THC content, there’s one other difference between hemp and marijuana: legality. The 2018 Farm Bill made it legal to grow hemp, or cannabis containing less than 0.3 percent THC, throughout the United States. It also made hemp-derived CBD products federally legal. Marijuana, or cannabis containing more than 0.3 percent THC, isn’t federally legal. State laws vary. In some states, it’s allowed to be used medically and recreationally. In other states, it only is used medically. And in some states, it’s still completely illegal.

Hopefully, this article has helped you paint a clear picture of cannabis, history, and classifications. If you have any questions, don’t hesitate to leave them down below in the comments.

Here at Big Sky Botanicals, we source our product line exclusively from hemp grown within the 2018 Farm Bill’s federal regulations. Furthermore, after extraction, we remove all of the THC from the final product. For more information, see our product creation information page, which dives into how our product line is crafted from seed to hemp to end product.