The hemp plant has been utilized for thousands of years for its medicinal and therapeutic properties. However, its illegal status has slowed medical research into its potential uses, and large-scale clinical studies are only now being conducted as a result of increasing interest in the plant’s potential health benefits.

Cannabidiol (aka CBD) is just one of hundreds of naturally occurring compounds—known as cannabinoids—that are found in the hemp plant. In recent years, its potential use as a treatment for a range of ailments has attracted increasing attention around the world.

Cannabidiol is extracted from mature hemp plants in a process that will deliver full spectrum CBD oil, which is sold as is or in various forms after being distilled, isolated and filtered—for example as isolated CBD, broad spectrum oil without THC, edibles such as gummies, capsules, and tinctures, etc. Consumers should keep in mind the industry’s loose regulations and choose products produced by companies who can back their efficacy.

How Does CBD Affect the Body?

CBD interacts with the endocannabinoid system (ECS) – a complex biological system that’s present in all humans, as well as many other animals. Its primary responsibility is maintaining homeostasis (balance) throughout the whole body through the regulation of various biological and cognitive processes.

Endocannabinoids, which are essentially the messengers, travel between receptors that are located in all areas of the body. The phytocannabinoids found in the hemp plant are also able to interact with the ECS, which is where CBD’s potential health benefits kick in.

Due to the fact that the ECS plays a vital role in multiple processes and functions for general well-being, CBD has the potential to be beneficial in a multitude of ways. For example, it increases the body’s production of endocannabinoids, which helps the ECS to maintain homeostasis effectively. The ECS directs the extra endocannabinoids wherever they’re needed, promoting overall health.

CBD also increases the production of gamma-aminobutyric acid (GABA), a neurotransmitter that is responsible for relaxation. It causes the heart rate to slow and blood pressure to drop, which relieves stress and anxiety, plus it can help regulate your sleep. Consistently low GABA levels can cause serious, ongoing problems such as digestive issues and lowered immunity, and chronic depression, anxiety, and insomnia. Studies also indicate that CBD is particularly good at treating and relieving certain conditions or ailments.

Chronic pain is debilitating for millions of people around the world, whether due to injury, illness, or lifestyle. Conventional medications are typically accompanied by a multitude of adverse side-effects and are often extremely addictive. CBD is emerging as a possible alternative to strong prescription medication as it has been shown to be effective in managing and relieving pain, but with minimal and mild side-effects (which can include nausea and tiredness).

Neuropathic pain has traditionally been very difficult to treat with conventional medicine, with only 40% to 60% of those who suffer from it experiencing partial relief from their symptoms. It occurs as a result of dysfunction of or damage to the nerves and somatic sensors throughout the body, which can be due to injury or an auto-immune condition like multiple sclerosis. Results from one study suggest that CBD can be effective in treating neuropathic pain as it is able to reduce overall muscle spasticity by blocking pain receptors and relaxing muscle fibers.

Another type of chronic pain that usually requires treatment with strong prescription medicine is inflammatory pain – again, studies suggest that CBD could be an effective treatment due to its powerful anti-inflammatory properties. Various diseases and conditions have inflammation at their core, and it is often the underlying cause of chronic pain. CBD stops the breakdown of anandamide, which helps to regulate inflammation throughout the entire body, and triggers apoptosis (programmed cell death) in the cells that contribute to chronic inflammation. It also slows the activation of certain immune cells that maintain autoimmune-related inflammation.

CBD is, therefore, effective in tackling inflammation directly as well as in treating inflammatory-related conditions such as Parkinson’s disease, Alzheimer’s disease, arthritis, kidney disease, and inflammatory bowel disease, among others. It also blocks pain receptors in the body, relieving the chronic pain that is often experienced alongside these conditions.

CBD can be applied topically as localized treatment for sunburn, minor cuts, irritated or dry skin, muscle and joint aches and pains, and inflammation. As a result of its anti-inflammatory properties, it is generally most effective when used to treat conditions for which inflammation is the underlying cause, such as eczema. CBD can also be effective in treating psoriasis, which occurs primarily as a result of an overproduction of keratinocyte. One study showed that CBD reduces the progression and severity of the condition by inhibiting the proliferation of keratinocytes.

Allergic dermatitis can cause irritation, and sometimes even eczema, when the skin comes into contact with an allergen – for this reason, CBD’s anti-inflammatory properties are effective in its treatment. Additionally, recent research shows that endocannabinoid activity increases during an allergic reaction, which suggests that the ECS is involved in its regulation. Other studies suggest that symptoms worsen when the ECS is not working optimally. By stimulating endocannabinoid production and inhibiting their breakdown, CBD can therefore be useful to relieve the condition.

Some skin conditions are caused by multiple factors – for example, as well as inflammation, the causes of acne include a mild bacterial infection and/or overproduction of sebum in the skin. CBD works to counteract both of these by inhibiting bacterial growth in pores and reducing the production of sebum. For mild cases of all of these conditions, topical application may be enough to provide sufficient relief, but more severe cases may require internal consumption as well to be effective.

Although the research is still in its infancy, studies have suggested that CBD can relieve symptoms of anxiety in various ways. These include reducing inflammation, encouraging the production of serotonin, improving sleep hygiene, and reducing muscle tension, among others. This is supported by one study that showed that people with a social anxiety disorder who had been asked to deliver a speech experienced a significant and fast reduction in anxiety after consuming CBD, while those who consumed a placebo did not.

The treatment of epilepsy is perhaps the most explored area of CBD’s potential health benefits, with several large clinical studies already completed or underway. CBD has been shown to be an effective treatment for this condition, which causes bursts of electrical activity in the brain that often result in seizures. There are multiple types of epilepsy, many of which are difficult to treat and control with conventional medicine.

CBD may be a natural anti-convulsant that has neuroprotective qualities – i.e., supporting overall brain health. It is also thought to modulate receptors in the brain that control various neuroactivity, as well as improving GABA activity, which in turn reduces electrical activity in the brain. Although more research is required to confirm these hypotheses, the evidence we currently have access to certainly supports it. Recent analysis of 670 people with various types of epilepsy found that CBD had remarkable results when used as a treatment. In total, 71% experienced a reduction in the frequency of seizures, with approximately 40% having their seizure frequency reduced by 50%, a quarter experiencing a 70% reduction, and 10% reporting to be completely seizure-free by the time the study was concluded. In another study in 2016, CBD-enriched hemp oil was given to 74 patients with treatment-resistant epilepsy for approximately six months. A whopping 89% reported a reduction in the number of seizures they experienced.

In recent years, some experts have claimed that the ECS influences appetite regulation and consequently plays a pivotal role in obesity, which is becoming an increasing problem in many parts of the world. It is, therefore, possible that CBD could be used to influence appetite, although more research is required in this area.

One study explained a way in which CBD could be used to treat obesity directly through its effects on adipocytes (fat cells). It stated that CBD might be able to turn white adipocytes (which store fat as a source of energy) into brown adipocytes (which are used for energy production and heat distribution). It also implied that CBD encourages lipolysis (the process by which fat is broken down by the body), reduces lipogenesis (creation of fat stores), and improves thermogenesis (heat production). All of these processes are considered to be beneficial in tackling obesity.
Additionally, other studies suggest that animals lacking CB1 receptors had a small amount of fat tissue, while those with few or no CB2 receptors had a high chance of fat tissue developing. These findings imply that blocking CB1 receptors and antagonizing CB2 receptors may be a potential treatment for obesity.

Targeting Cancerous Tumors and Relieving the Side-Effects of Cancer Treatment

Despite some exaggerated claims made by individuals and companies in the industry, CBD is not a cure for cancer. However, there is increasing research that suggests it can have a positive effect on those undergoing cancer treatment and experiencing its side-effects, which can be debilitating.

One study suggests that endocannabinoids may be able to slow tumor growth, thereby implying that the ECS has a vital role in the body’s response to diseases of this nature. Therefore, due to its ability to boost endocannabinoid production, CBD has a possible use in slowing tumor growth – but with little to no side-effects. CBD has also been shown to regulate key immune cells tasked with detecting, identifying, and eliminating cancer cells from the body. In terms of the side-effects of cancer treatment, such as severe pain, nausea, and vomiting, CBD may be able to offer relief. It can also improve sleep patterns and may be effective in treating the depression, stress, and anxiety that often comes with cancer diagnosis and treatment.

At the moment, there are two approved pharmaceutical medicines for cancer patients in the US that are based on cannabinoids – including CBD: Nabilone (Cesamet®) and Dronabinol (Marinol®). Sativex (Nabiximil®) has also been approved throughout the US, Europe, Canada, Australia, and New Zealand.

Endless Possibilities or Too Good to Be True?

It’s unfortunate that the ban of hemp and its derivatives in modern history has slowed progress on its research, but one thing is now clear: CBD has a huge potential in a variety of applications, and it’s becoming the focus of an increasing number of studies. The evidence so far certainly suggests that CBD is good for a range of benefits, from general well-being to relieving symptoms of conditions and targeting specific pain. With advancements in technology and research, the possibilities are far-reaching. 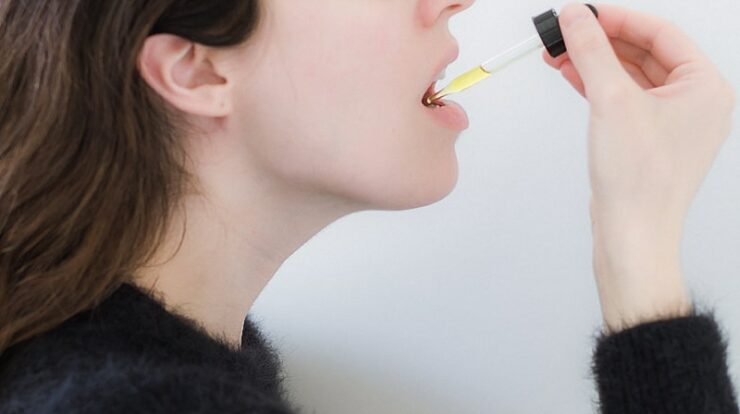 CBD Dosage – How Much CBD Should You Take?