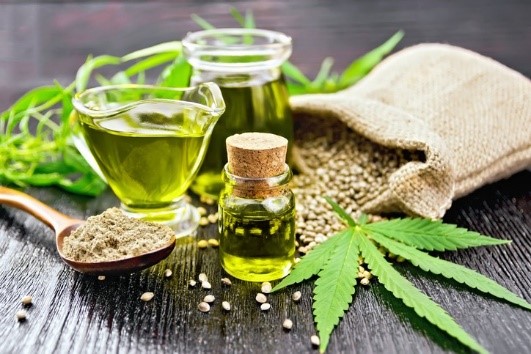 From supermarket shelves to Instagram ads, CBD is nearly impossible to avoid. But even with more and more people trying CBD every day, one of the most common questions consumers frequently ask is, “How CBD oil is made?

How is CBD Extracted? “

Now that you have a basic understanding of how high-CBD strains of hemp cultivated, the next step is understanding the CBD extraction process. When people think about how CBD is extracted, many think of everything from futuristic space labs to their stoner friend, Dave, making Cannabutter in his kitchen, but the truth lies somewhere in the middle. When it comes to how CBD oil is extracted, there isn’t just one answer.

Hemp Extraction: From Plant to Oil

After the flowering tops of these hemp plants have been harvested, the next step is to pull the plant’s valuable cannabis compounds into an oil crude extract. This is accomplished through a process called extraction. There are many different approaches, but the general idea is to pass a solvent through the dried plant material to separate the active compounds.

Once extracted, the result is a dark oil called ‘crude’ because it contains the sought after cannabinoids and terpenes and other plant compounds like chlorophyll and fatty acids. This crude oil is usually processed further before making its way into a final product.

The following extraction methods are all commonly used to create the CBD extracted oil found on the market today. Each method carries limitations and benefits, which we cover below:

This form of extraction involves low temperatures and low pressure. Subcritical extractions take longer than their supercritical counterparts and also produce a smaller yield. While it retains the terpenes, essential oils, and other sensitive materials, it doesn’t extract larger molecules such as chlorophyll and omega 3 and 6. The benefit of subcritical extraction, however, is that it is less likely to damage terpenes.

Mid-critical is simply a broad range between subcritical and supercritical. Some companies combine supercritical and subcritical to create a full-spectrum CO2 cannabis extract. They use the subcritical extraction method to separate the drawn-out oil and draw out the same plant material using supercritical pressure. The oils are then homogenized into one, which creates an amalgamated oil. This is known as the CO2 Total Extraction Process.

This extraction method utilizes an alcohol solvent – most commonly, ethanol. Ethanol is ‘Generally Regarded as Safe (GRAS)’ by the FDA. It is commonly used as a food preservative and additive found in many products at the grocery store.

Ethanol is a polar solvent, which means it will mix with water and dissolve water-soluble molecules in addition to the desired cannabis compounds. Chlorophyll is one of the compounds that ethanol will co-extract along with the cannabinoid filled oil. The result is a dark-colored oil with a bitter and grassy flavor.

The chlorophyll can be removed from the oil using post-extraction filtering methods. Still, the process can also remove some of the cannabinoids resulting in a lower quality CBD oil product. Some ethanol extractors cite that the water-soluble component extraction can be mitigated by using cold extraction temperatures.

When compared to CO2 extraction, ethanol extraction is a lower-cost method but still used by many leading companies on the market today. Despite the lower cost, this extraction method can still create high-quality extracts though it may require more expertise and post-extraction processing.

Assuming an experienced operator, the result of this extraction method can be very favorable, even comparable to CO2 extraction in quality. That being said, with a less experienced extractor, there is more room for error and the possibility for solvent contamination or lower quality end product.

This first extraction method was created using a light hydrocarbon solvent like to extract cannabis oil. Commonly butane, pentane, propane, hexane, isopropyl alcohol, or acetone are used as solvents. These hydrocarbons have a low boiling point and can be easily used to extract CBD oil.

This cheap and easy method of extraction comes with a variety of issues that make it non-ideal. The resulting oil usually contains a lower concentration of terpenes and cannabinoids like CBD and a higher THC concentration. There is also unsafe residue that can remain that may interfere with immune function. This extraction method proved to be both dangerous and inefficient and is rarely used by commercial CBD companies today.

One of the lesser-used extraction methods is called lipid extraction. This method uses the fats, or “lipids,” to absorb and encapsulate the hemp-produced compounds. Often organic coconut oil is used in this extraction process. Lipid extraction does not require the use of any harsh solvents or CO2. It is not a popular method of extraction, though you may find some boutique companies using it.

The naturally occurring phytocannabinoids found growing on the cannabis plant come in acid or ‘raw’ form. To ‘activate’ the acid forms and transition them into the sought after cannabinoids, they must undergo a heating process called decarboxylation.

Though it sounds fancy, decarboxylation merely is applying heat to an extract. Through this healing process, the acid molecule is removed, and the active compound is produced. For example, you are describing hemp transitions the naturally occurring CBDA (Cannabidiolic acid) into CBD. This process can be performed either before or after extraction.

Despite being less popular, the ‘raw’ molecules show promise as they interact with the body differently from the ‘activated’ or non-acid forms of these same substances. For example, THCA is non-psychoactive, while THC is psychoactive.

This is driving some companies to include the acid forms of these cannabinoids and the activated non-acid forms. With said, unless outlined explicitly as a ‘raw’ product, all CBD products on the market have been decarboxylated to activate the compounds.

The high pressure and high temperatures in the initial extraction process bring a wide range of fatty acids, plant materials, chlorophyll, cannabinoids, and terpenoids from the plant material. This crude extract is dark, resembling molasses. Some additional, optional steps help strip away unwanted material to produce a cleaner final product. 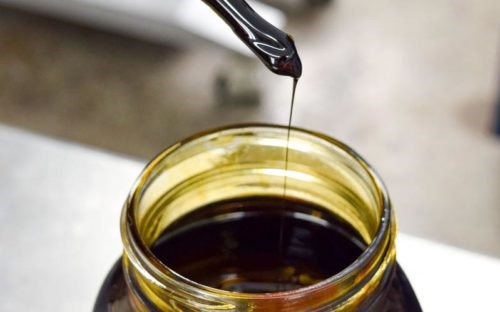 Winterization works to purify the extract further and remove the unwanted components. This process is essential for almost all crude extracts unless the extract was created using low-temp ethanol extraction.

The winterizing process consists of thoroughly mixing the CBD extract in 200 proof alcohol and freezing it overnight. In the morning, the cloudy mixture is ready for filtration. This process is done by running it through a paper filter into an extraction jar.

The alcohol is removed from the filtered end product through warming until it evaporates. This is made possible because the alcohol has a lower boiling point than the oil. The result is a full-spectrum extract free of unwanted plant materials like chlorophyll but still rich in cannabinoids and terpenes.

Following the process up to this point will create a usable extract containing a full profile of terpenes and cannabinoids. There is a demand for alternatives to full-spectrum products. For example, many pharmaceutical preparations prefer to use the isolated CBD compound. Consumer demand has also pushed for extracts free from THC.

How is CBD Isolate Made?

Today you’ll find CBD isolate widely on the market. These isolates are a white crystalline powder comprised of 99%+ cannabidiol. All other cannabinoids, terpenes, plant materials, oil, and chlorophyll were removed in creating this powder. The remaining CBD crystals that carry no odor or flavor and are versatile in their use.

The most common method of creating an isolate uses short path distillation to separate and capture the extract’s compounds.

Consumers often find CBD isolate attractive because it is THC-free. You should understand that while isolate is versatile, products based on this type of extract are not as effective as an oil containing a full or broad-spectrum cannabinoid profile.

How is Broad Spectrum CBD Made?

Broad-spectrum products were born from consumer demand for a THC-free alternative to CBD isolate that didn’t suffer from the single-molecule formula’s downsides. The single-cannabinoid profile is less effective due to the lack of cannabinoid and terpene synergies known as the entourage effect.

Broad-spectrum extracts utilize chromatography to remove just the THC from an extract. They are done by pushing the extract through a column filled with special media. The THC selectively binds to the media, and the rest of the extract pushes through the column. The resulting extract is rich in cannabinoids and terpenes but free from THC.

Creation of the Final Product

Once an extract has been created and processed to the desired point, it’s ready to be used in a final product.

we hope that now you can understand how cbd oil made how cbd extracted through hemp so now you have a clear concept about cbd oil extraction,